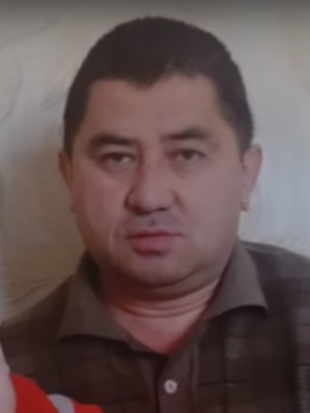 Testimony 2: Arzigul Mamytilimova, originally from Chochek, but now living in Kazakhstan. She and her family fled to Central Asia during the Cultural Revolution. (mother-in-law)

Testimony 3: Adiljan Mamutov, an Uyghur who was born in Kyrgyzstan but is now a Kazakhstan citizen. (relative)

Testimony 5|7: Gulghuncha Manapova, an ethnic Uyghur and a citizen of Kazakhstan. (sister-in-law)

Testimony 12: Gulshen Manapova, as reported by The Believer. (wife)

Hesenjan Qari, born in Atush, is a Chinese citizen. He got into business after completing middle school, and would spend many years as a textile trader, coming and going between China and Central Asia.

In 1997, he got married to Gulshen Manapova in Uzbekistan. The couple spent some years in Tashkent and later moved to Shymkent, Kazakhstan. Their six children all hold Kazakhstan passports.

Chinese passport: G57431746. Kazakhstan green card: 040758336. Hesenjan Qari (艾山江*卡日), born in Atush, is a Chinese citizen. He has a middle-school education, and would get into business after completing middle school. He has spent many years as a textile trader, coming and going between China and Central Asia.

In 1997, he got married to Gulshen, his wife, in Uzbekistan. His 6 children are in Kazakhstan with Kazakhstan passports.

G. A. Bunin (Testimony 8): from my interview with the victim's wife, he is allegedly in the Fifth District Camp.

From the official incarceration notice (Testimony 13): in Tumshuk prison.

He had his documents confiscated in February 2017 while going back to China to visit relatives - the Xinjiang authorities had already been asking him to come back, however - and was taken to a camp in September 2017. In April 2018, he was sentenced to 5 years in prison, with the relatives in Atush receiving a corresponding paper document. However, the relatives reported receiving a call from the police in December 2018, where the authorities told them that they were taking Hesenjan back to camp - the Fifth District Camp in Atush - and asked for the relatives to send over clothes. In early May 2019, his wife Gulshen wrote an appeal letter to an EU delegation in which she stated that she had recently learned that he had been transferred to a C-level camp (the worst kind). In September-October 2019, Gulshen learned that Hesenjan was now in a prison in Maralbeshi County. Testimony 2: In 2017 he went to China to visit his relatives. When he arrived Chinese authorities sent him to the concentration camp. In 2018 the news came that he was taken to prison.

Testimony 3: was originally put into a camp two years ago.

Testimony 4: went to Atush in Xinjiang to resolve some personal matters in February 2017 and had his passport seized by the local police. He was put into a camp in October 2017 and taken to a prison in April 2018.

Testimony 5: Feb 2017 when he went back from Kazakhstan.

Testimony 6: He was put into a camp in October 2017 for the first time and in April 2018 he was jailed. after her petition he was taken to a camp again in December 2018.

G. A. Bunin: from my interview with the victim's wife, he had his documents confiscated in February 2017, was taken to a camp in September 2017, and was sentenced to 5 years of prison in April 2018, with the relatives in Atush receiving a corresponding paper document. However, the relatives reported receiving a call from the police in December 2018, telling them that they were taking Hesenjan back to camp and asking the relatives to send over clothes.

Believed to be in a prison and sentenced for 14 years.

According to his wife Gulshen in her appeal letter, his mental health appears to have worsened significantly, based on a phone conversation with his family. earlier: in a re-education camp

[from victim's wife in October 2019: he's now in a prison in Maralbeshi]

His wife has been getting news through relatives in the region. not stated

The victim's absence has taken a significant toll on his wife and six children, as they have been left without their main source of financial support. Five of these children are underage.

Coverage by the Apple Daily: https://uat-xinjiangcamps.appledaily.com/尋親者/Gulshan-Manapova/全文

Gulshen's first-person testimony as given to "The Believer":

Mostly men are taken to the camps. What happens then? The authorities send loyal Chinese families from the coast to live with the women in the homes of the disappeared. A Han Chinese man is sent to Xinjiang and placed in the house where the detained person had lived. Or it could be a couple. Or a family with kids. But sometimes it’s just one man who is sent to live in a house full of women...

They lecture their hosts about the Communist Party. They continue to live among the family even when the detained family member returns. Everyone I know who spent some time in the camp, who was released to their home in China—in every case I know about, they have Chinese families living with them, lecturing them. And the families will report on any misbehavior. If you so much as look at them in a disagreeable way, they might tell the authorities and have you taken away to the camp. My husband’s relatives have such people living with them. As a result, these days their phones are almost always switched off. They’re afraid. I try to reach them to find out about my husband, but they call only when the “visitors” are out of the house.

I grew up speaking Uighur. My family is Uighur. My parents escaped to the Soviet Union in 1969 and settled in Kazakhstan. Back in China they were cattle herders, but in Kazakhstan they became cooks. Later, when I was young, we went to Uzbekistan looking for work. They opened a café there. I’m an Uzbek citizen, actually. I met Aishanjiang and we were married in Tashkent in 1997. He was visiting from China, doing some business there. He worked with textile factories, importing fabric from China into Central Asia. The border was easy at the time: you just crossed it. I came with my husband to Kazakhstan and we opened a shop here. We were just starting our business when he was arrested.

He was going to visit some of our factories in Ürümqi. As soon as he entered China, his passport was taken from him. He was brought to Atush, his birthplace. And from there he wasn’t allowed to leave. At the time, we hadn’t heard anything about the camps. He went into China without any knowledge of them. Such cases of people being taken to camps are rare in Ürümqi, where he did business, so when they told him to come in for questions, he went.

The day he was taken, he had some idea of what was happening. He called me to say he was going to be taken to a camp. I don’t know if I’m going to be back or not, he said. He couldn’t say any more. He couldn’t describe his situation. What are you going to do? I asked. Why are you being sent to a camp? To study, he said. But you’re old, I told him. You’re almost fifty. He said that one of his relatives—almost eighty years old— was already studying in the same camp. Age is irrelevant, he said. That was last October. Since then, he’s vanished. I heard he’s in prison now.

And others—there are many others. My husband’s older brother died in the same camp where my husband was. He was almost sixty years old. The authorities said he had a precondition, an illness of some kind, but he was healthy when I knew him. And my husband’s sister’s son was sentenced to twenty years in prison for making hajj. My sister-in-law’s husband, the imam at Atush, was sentenced to fourteen years. I’ve heard from his wife that he’s in the prison hospital. His condition isn’t good. And there are many other relatives whose fate I don’t know. Probably they’re all in prison but I don’t know. I can’t tell. Testimony 2: The testifier and the victim haven't spoken in 2 years.

Testimony 3: the victim's wife and underage child have been left without support.

Testimony 4: While he was in the prison his uncle Imam Kusan, who had been taken to a camp, died, and his relatives received his dead body. He was almost 60 years old.

This testimony has also been bolstered by a direct interview between G. A. Bunin and the victim's wife. She has also mentioned that people in Bishkek also mentioned hearing news of Uyghurs (in Atush, perhaps) who were first sentenced but then transferred back to camp.

Coverage in The Believer (Testimony 12): https://believermag.com/weather-reports-voices-from-xinjiang/

Not surprisingly, this prison too has seen a giant expansion recently. (1/5) pic.twitter.com/ROJb4wGNeG 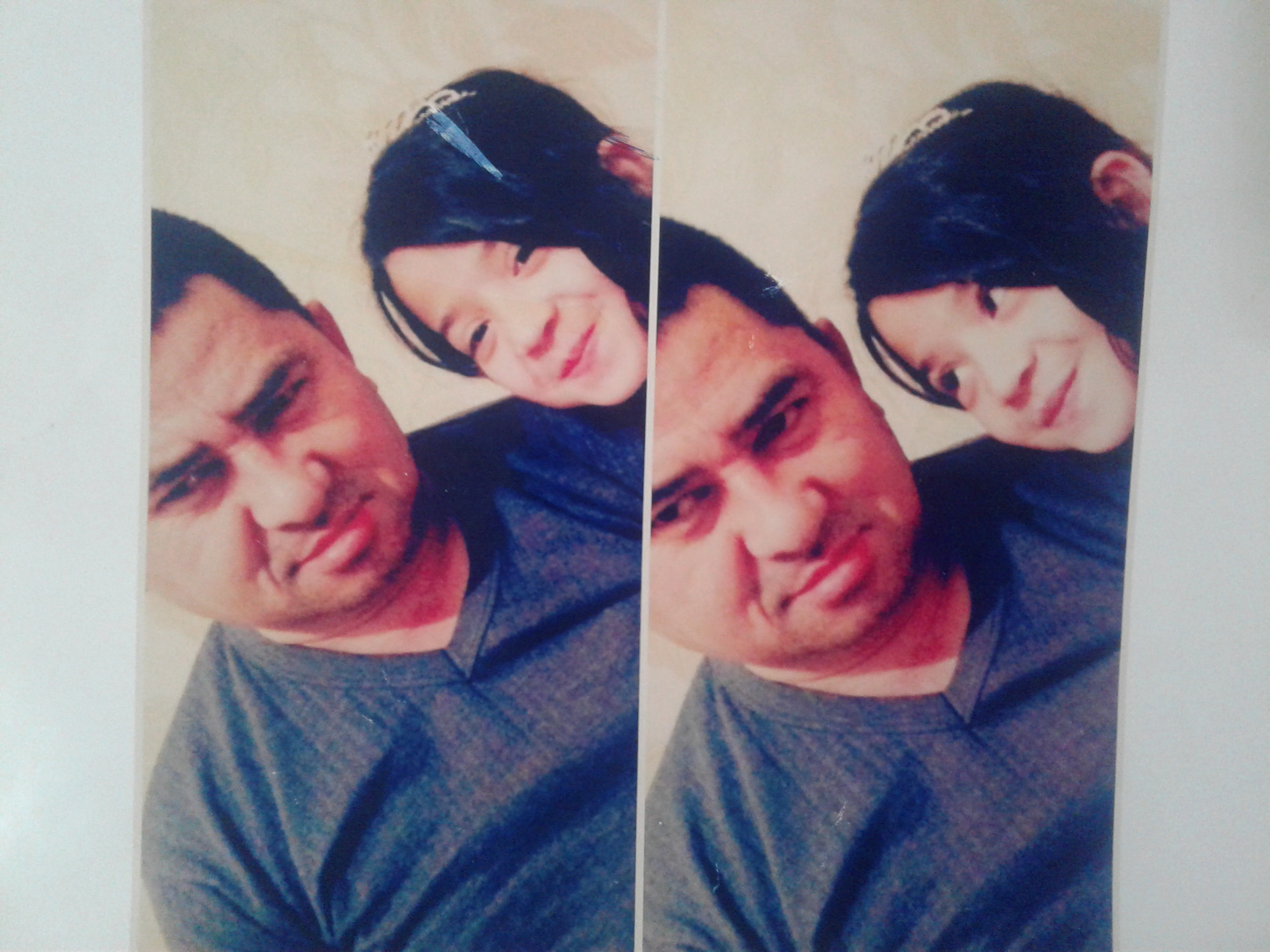 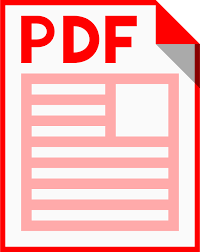 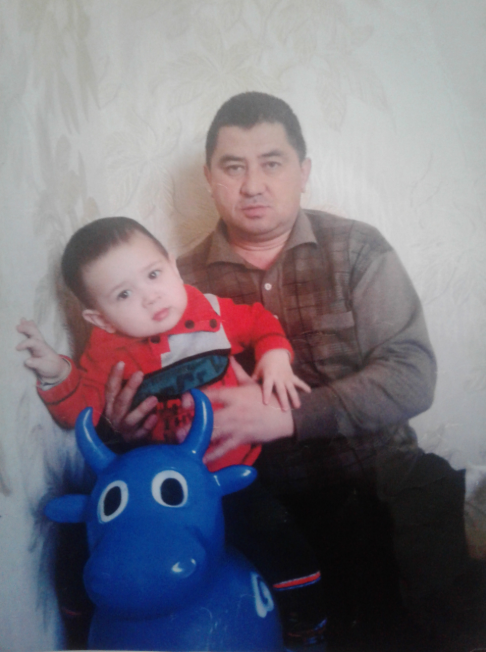 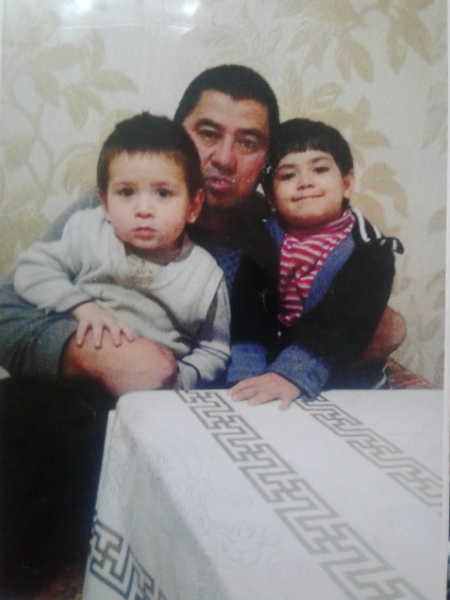 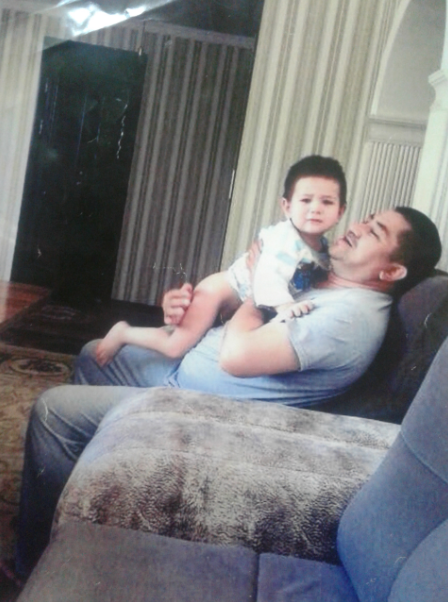 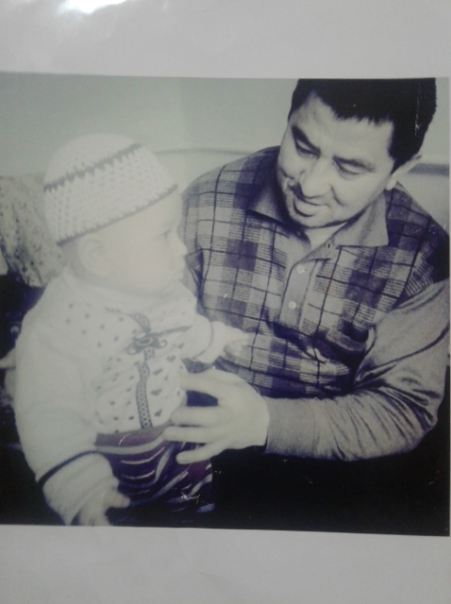 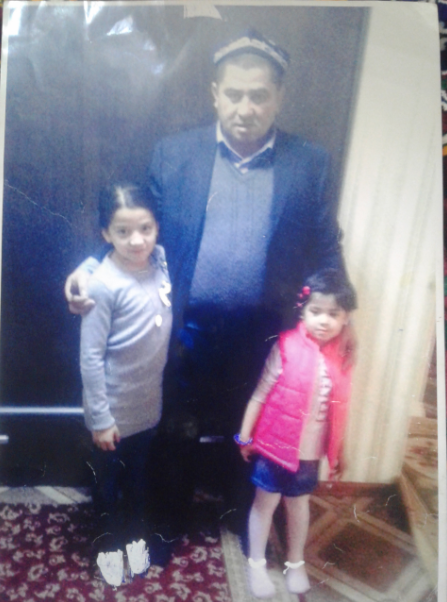 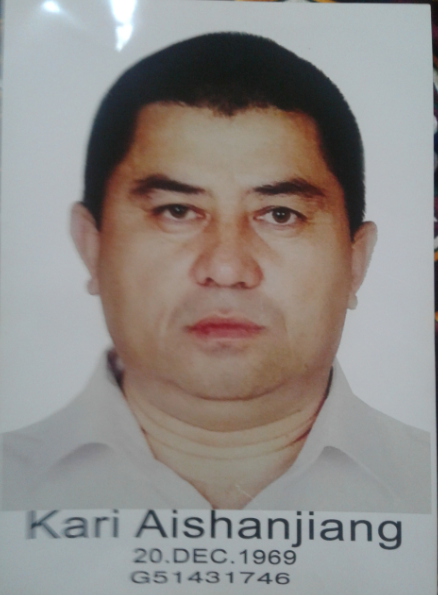 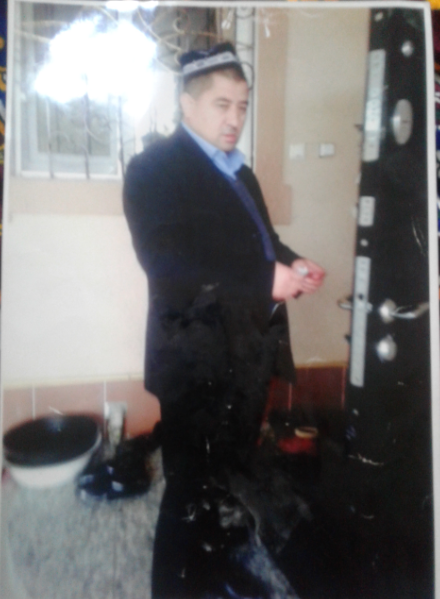 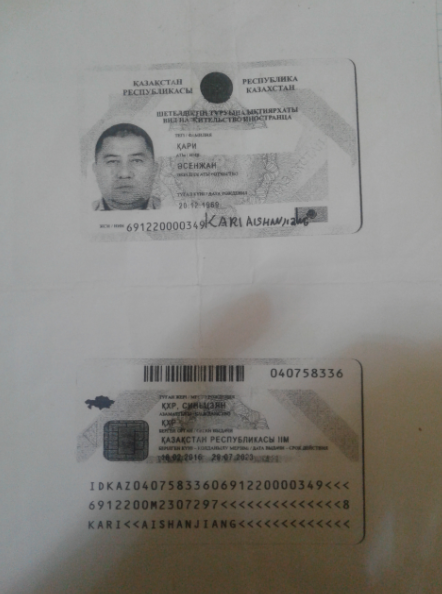 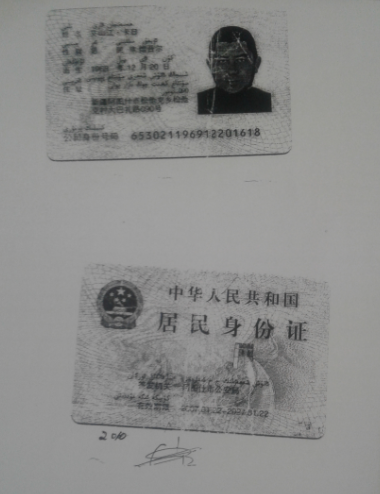 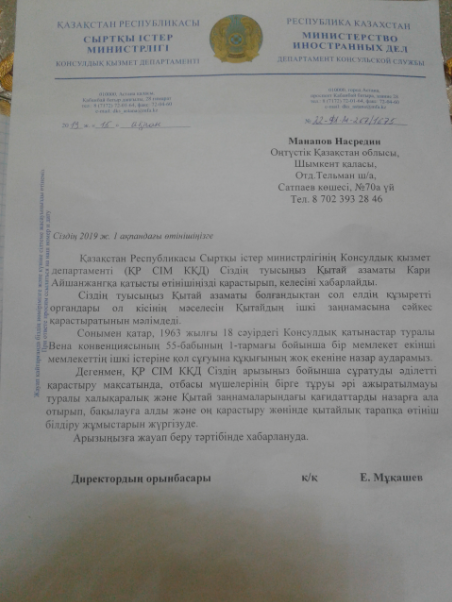