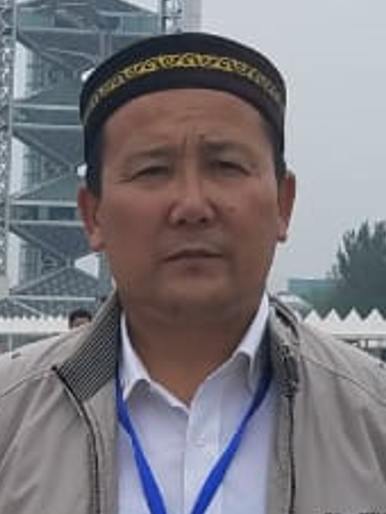 [see above] Testimony 1: Unclear, some sort of relative

Nurgazy Malik was a well-known Kazakh imam who worked at a local mosque in Ulanbay Village in Urumqi County. He graduated from the Xinjiang Islamic Institute in 1998.

A CPPCC member from the Urumqi region, he attended a meeting with Xi Jinping when the latter visited Xinjiang. He was also the editor-in-chief of the magazine "Zhuma Uagyzdary" ("Friday Sermon"), which publishes religous content in Kazakh and is approved by the Xinjiang authorities.

His wife and two children live in Urumqi. Nurgaza Malik, born in 1966. Graduated from the Islamic Institute of Xinjiang in 1998. Worked as imam in a local mosque in the village of Ulanbay, Urumqi county （probably Wulabo village 乌拉泊村, Tuoli township托里乡）

He was a well-kown Imam among Kazakh society in Xinjiang and was a CPPCC member from the Urumqi region. He attended the meeting when president Xi Jinping visited Xinjiang. He was the editor-in-chief of the magazine "Zhuma Uagyzdary" (Friday Sermon) which publishes religous content in Kazakh language and is approved by the Xinjiang authorities.

Reported to have died in Karamay. It is not clear if his body was transported anywhere or if he was given a proper burial. Unknown

Unknown. [However, according to a former colleague of the victim, the majority of the government-approved imams they had worked with have been detained, suggesting general persecution of religious figures.] Unknown (presumably for working in a mosque)

According to Qyzyrgazy, they heard that he died at the "camp" at the end of November 2018. Although his death was not confirmed officially at the time, they still held a funeral in Kazakhstan for him.

In January 2019, Chinese officials allegedly confirmed that Nurgazy had died in detention. Testimony 2: They heard that he died in the camp at the end of November 2018. Although his death was not confirmed officially, they held a funeral here in Kazakhstan.

Testimony 3: Chinese officials confirmed in January 2019 that Nurgazy had died in camp.

Presumably through contacts in the region. The death was allegedly confirmed by Chinese officials. Unclear

Article 5: Nobody has any right to hurt us or to torture us.
Article 7: The law is the same for everyone. It must treat us all fairly.
Article 8: We can all ask for the law to help us when we are not treated fairly.
Article 9: Nobody has the right to put us in prison without a good reason, to keep us there or to send us away from our country.
Article 18: We all have the right to believe in what we want to believe, to have a religion, or to change it if we want.