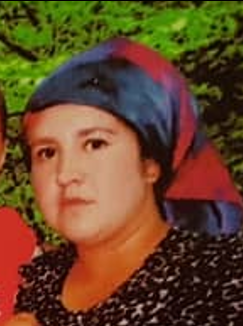 The main testifier is Memetrasul Hesen, born on August 10, 1964. Originally from Qaghiliq County, he has obtained Kyrgyz citizenship and now lives in Bishkek. The testimony is also supplemented by information from a written appeal submitted by Rayim Pulatov, a relative of the victim, to the Chinese Consul in Kyrgyzstan. Testimony 1: Mametrasul Hasen, born on August 10, 1964, has obtained Kyrgyz citizenship.

Testimony 2: Rayim Pulatov, in a letter to the Chinese Consul to the Kyrgyz Republic.

The victim is Memetrasul's sister and Rayim's relative. Testimony 1: sister

[The ethnicity on her ID is marked as "Uzbek". However, Memetrasul insists that their family is Kyrgyz, and as such she will be reported as Kyrgyz here.] Mariam Hasan

It is not clear when (and if) the victim was detained. not stated

She has been out of contact for years, together with ~30 other of Memetrasul's and Rayim's relatives. In his letter, Rayim mentions that he fears that the family has been detained and taken to "re-education camps". Unclear. Out of contact for 3 years.

Article 19: We all have the right to make up our own minds, to think what we like, to say what we think, and to share our ideas with other people wherever they live, through books, radio, television and in other ways. 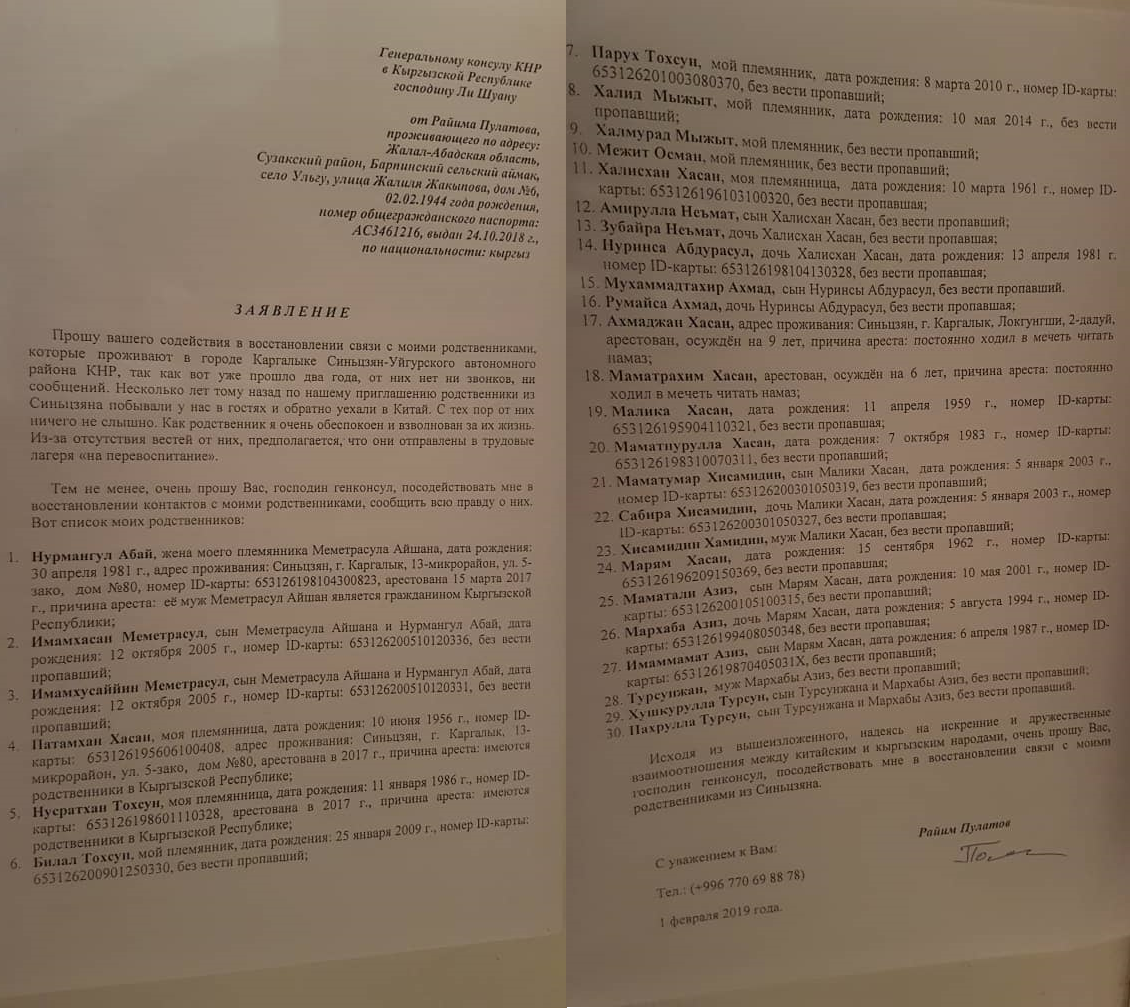 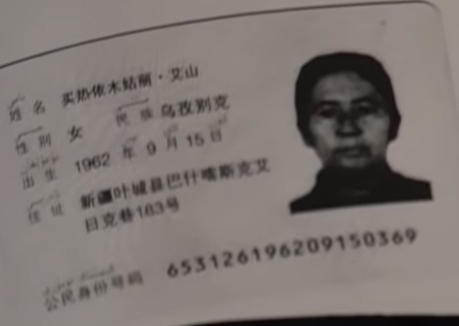